David Bowie succumbs to his 18-month battle against cancer

#davidbowie David Bowie is no more – he has passed away after an 18-month battle with cancer. This has been confirmed by his son on Twitter. He passed away peacefully surrounded by his family. Bowie had released his 29th album, called Blackstar, on Friday 8 January - it coincided with his 69th birthday.
This has been reported in news.sky.com dated 11 January 2016. 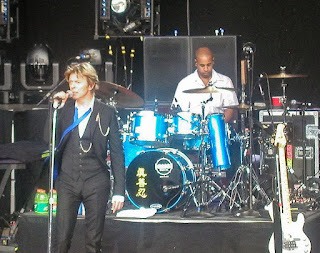 The album has seven songs, including one called Lazarus which starts with the lyrics: "Look up here, I'm in heaven, I've got scars that can't be seen, I've got drama, can't be stolen, everybody knows me now."
David Bowie was born as David Jones in post-war Brixton, south London, and had kicked off his music career in the R&B boom of the early Sixties. It was in 1969 that he made his first appearance in the charts with Space Oddity.
He made a surprise comeback in 2013 when he suddenly released a new single on his 66th birthday with an album out just weeks later, his first for 10 years. He was awarded a Grammy lifetime achievement award in February 2006 and his final performance on stage was later that year when he sang alongside Alicia Keys at the Black Ball in New York.

Aamir Khan no longer the face of Incredible India