Shah Rukh Khan is not just a Bollywood star but brand ambassador for West Bengal. He would be promoting Bengal as “the sweetest tourist destination” in an ad film which would be done by the state tourism department. SRK would come to Kolkata for two days by the end of October for an indoor shoot.
The objective would be to attract domestic and foreign travelers.
This has been reported in indianexpress.com dated 1 October 2015. 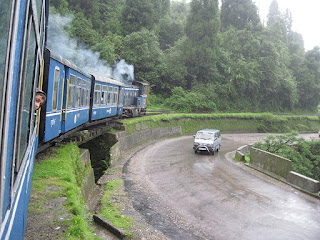 West Bengal Tourism Development Corporation (WBTDC) has earmarked an amount of Rs 8 crore for the ad film and it would be done by Ogilvy & Mather. Destinations to be covered would be Darjeeling, Dooars, Bolpur apart from sea-side tourist destinations.
This has been announced by state tourism minister Bratya Basu. He has also added that Shah Rukh would not be charging any fees for the new ad-films but, he is a professional and, suitable provisions have been made for his payment.
The minister also announced several tour packages in Bengal on the occasion of the Durga Pujas.
(Image courtesy wikimediacommons.org)

Israeli armed Heron drones to be inducted into the Indian arsenal


Bay City Rollers, the Scottish band, to hold a reunion gig in Glasgow

Richa Chadha opens her mind – says, she wants to do ‘candy-floss’ roles

Chris Brown, the American singer, may be denied entry into Australia


Gunmen abduct foreigners from a Philippine island resort, an American and a Japanese jump to safety


36-days for Durga Puja and the dhakis get ready

Durga Puja is the busiest time of the year for Kumortuli

Bengalis and the hawkers’ corners in Kolkata