“The Lion Guard: Return of the Roar”, Disney’s television series will feature Kion (the second-born son of Simba and Nala) and Rob Lowe, Gabrielle Union and James Earl Jones will lend their voices for this venture.
This has been reported in indianexpress.com dated 14 August 2015. 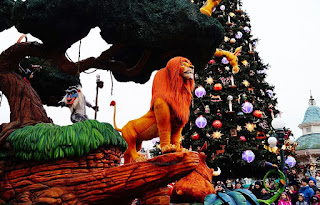 The movie is a spin-off of the animated film “The Lion King” and others in it are Max Charles, Atticus Shaffer, and Sarah Hyland to voice the African Savannah. It is understood that at least six characters from the 1994 film will appear in the spin-off.
Lowe will voice Simba opposite Union’s Nala, while Jones and Ernie Sabella will reprise their roles from the movie as Mufasa and Pumbaa, respectively. Rafiki (Khary Payton) and Timon (Kevin Schon) will also return to the kingdom (but only where the light touches).
The TV movie will be directed by Howy Parkins and will feature new music from Christopher Willis and Beau Black. The story of the film is about Kion (the second-born son of Simba and Nala) and the rest of the Lion Guard, a task force of animals charged with preserving the Pride Lands and is expected to premiere on Disney Channel in November.
(Image courtesy wikimediacommons.org)

Take care of the heart – a few dos and don’ts

Swatchh Bharat campaign takes a beating in Delhi itself

A tribute to Kishore Kumar, the legend, on his 86th birthday

The world of fuchka, golgappa and panipuri