Kangana Ranaut learns horse riding for her role in ‘Rangoon’

Bollywood actress Kangana Ranaut always to get into the skin of the role in her movies and, since she will soon be appearing in Vishal Bhardwaj’s Rangoon, she has begun her preparations for her role in the movie. She is learning horse riding for her role in the film under the training of actor Jeetu Verma aka Jojo. He is usually seen in villainous roles in Bollywood movies.
This has been reported in indianexpress.com dated 3 October 2015. 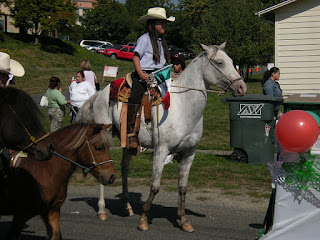 Jeetu was last seen in Kapil Sharma’s Kis Kise Pyaar Karu and, as he has explained, Kangana must master horse riding for her role in Rangoon and Jeetu has been teaching her for the past two months to acquire the necessary skill.
Incidentally, Jeetu has also trained Shahid Kapoor and Alia Bhatt in horse training for ‘Shaandaar’ and had picked up his love for horses and riding from his father who used to supply horses to all major Bollywood movies.
Some of Jeetu’s other students were Salman Khan for Auzaar. Then there were Akshay Kumar, Arjun Rampal, Hrithik Roshan and many other. In Jeetu’s opinion, celebrities find horse riding a good form of exercise since the entire body is in motion while riding.
(Image courtesy wikimediacommons.org)

Israeli armed Heron drones to be inducted into the Indian arsenal


Bay City Rollers, the Scottish band, to hold a reunion gig in Glasgow

Richa Chadha opens her mind – says, she wants to do ‘candy-floss’ roles

Chris Brown, the American singer, may be denied entry into Australia


Gunmen abduct foreigners from a Philippine island resort, an American and a Japanese jump to safety


36-days for Durga Puja and the dhakis get ready

Durga Puja is the busiest time of the year for Kumortuli

Bengalis and the hawkers’ corners in Kolkata